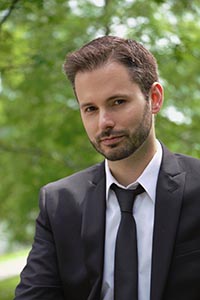 Biographical Information:
Morey Ritt has been recognized for her artistry in solo recitals and chamber music concerts in the United States, Europe, Canada, Argentina, Australia and Israel. She studied with Nadia Reisenberg and played in the chamber music classes of William Kroll and Artur Balsam. Honors earned at this time included the Concert Artists Town Hall Award, the Chopin (Kosciuszko) Prize and the first Spalding Prize to have been awarded at Tanglewood. After attending Queens College and graduating from the Mannes College of Music, Ritt studied in Paris with Yvonne Lefébure under the Fulbright program and toured as a recipient of a Rockefeller grant. She was then appointed to the faculties of both Mannes and Queens College; at the latter she earned a Master of Arts degree in Musicology and has since devoted herself to teaching there. Professor Ritt has also taught in Australia, where she served as Exchange Senior Lecturer in Piano at the Queensland Conservatorium of Music in Brisbane while performing in chamber music and solo recitals and appearing as as soloist with the Queensland Symphony. teaching and playing have also taken her to the Spoleto, Evergreen, Weathersfield and Round Top festivals and to the Chamber Music Conference at Bennington. In May 2011 Ritt visited the China Conservatory in Beijing, China, where she taught advanced piano students and presented a duo recital with clarinetist (and QC colleague) Charles Neidich.

Early in her teaching career she edited for Dover Publications a volume of nineteenth century piano duets that has enjoyed long-lived popularity. Morey Ritt is Professor of Music at Queens College.